Re-Runs of the Apocalypse 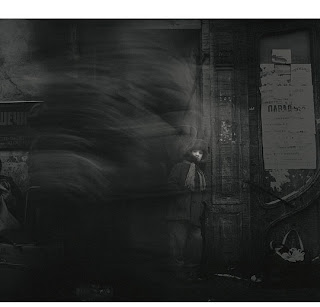 It was theirs. They stood by the water at dusk, lovers scarred by the violence of their alchemy, transmuting the darkness at the skyline.

It was not theirs. The boundaries betrayed them. Out of the core of their argument a shape arose, arsenical whirlwind, last word.

It was no one's. A destroying wave passed through Being, positron to pulsar, invisible, unknown to them as they removed each other's skin.

It was human. A double knot in the double helix hardwired them not to fate but inevitable accident: one molecule awry, everything collapses.

It was not human. The bridges into the city were empty at midnight, the trains were silenced, bars dark: one great godflash, and lights out.

It was natural. Rivers divorced seas under the aegis of ending, tectonic plates shattered against apartment walls, all evolving closure.

It was never natural, not cosmic rays unspooling, epic failure of photosynthesis. The lovers were fuse and timer, thrusting seconds home.

One last morning under the pergola we discussed what had happened in the godhead's crucible, but the berries distracted us, we lost the thread, you touched my hand, and we were smoke. 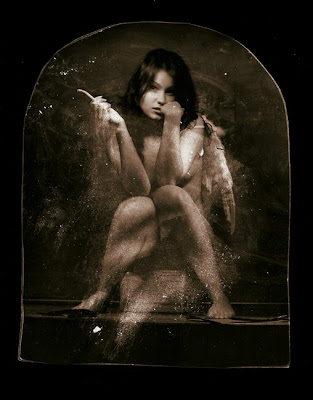 The witnessing of things in the mind. But what mind? The lovers lay on the bed, handcuffed, saying please, and just for a moment one of them knew.

Sleeping, one of them moaned. It was the dream of the interpenetration of souls. Death is in everything, crystalline arsenic dissolved in alcohol.

They wore raptor masks. One used a small flexible whip. Its marks were radiant traces of ichor. Thus the walls of the sanctum were broken.

In the dream words were absence. An empty book had contained all truth but for one false letter. He, or was it she, read the other's shadow.

Inside the penumbra there was no dying--death, yes, always, but no motion except the back and forth of the body, the thrust, and the scream.