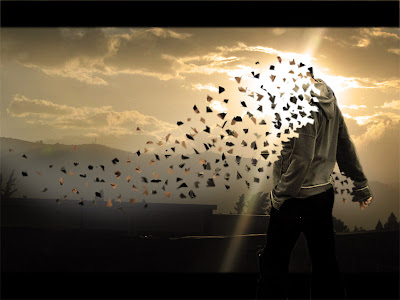 neslockheart
The old woman sat naked in a wicker chair under a jacaranda tree at midnight, sprinkled with purple petals, dreaming of a handful of dust.
*
Everything in the house had to be put in boxes, even the tiniest object--because that is all death means--handled, wrapped, listed, stored.
*
It was gathering food among rocks in the arroyo--grasshopper mouse, no bigger than a thumb--then shadow, wings, owl, a silent puff of fur.
*
After the performance, she removed the sweat-stained costume and her makeup; then, because of the mirror, her face, which was now complete.
*
Days later, Monday, work, it was already forgotten, that moment in the dark when by synchronicity they climaxed together and were destroyed.
*
Hot wind, sand blown against plate glass, centuries now, and a fine-etched image emerges, a city, maybe, if anyone were there to see.
*
That metaphor is dead that says he plows a field and under the sweat of his plowing something writes itself in compost: dead metaphor it says.
*
Carrying grocery bags, he walks as far as he can through the scorched land without stopping to eat, or think, or pull out his rusted pistol.
*
They had wandered years though wilderness, looking, not noticing until the land cooled and greened around them that the children were gone.
*
I told you, he said to the gravestone, someone will always be here, someone will remember the story--as they lowered him, he said I told you.
Posted by T.R. Hummer at 11:31 PM No comments: 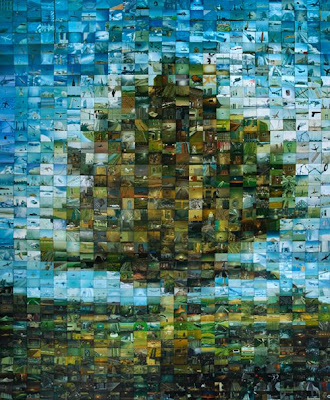 The work was done in her tiny garden dark with the shadow of an office building that lay over her peonies like a bruise or an event horizon.


The labyrinth of gravity solved simply by converting string theory to thread, she slew the minotaur of density and floated out of history.


When the monkey she'd let in her bed revealed himself, she saw the problem with the Great Chain of Being was not the being, but the chain.


A nameless light in the night sky; the animal howls, gnaws his chain, and dies, not knowing the loss of the word "dog," the name "Pompeii."


We hymned to doctors; we chanted to priests; we ate strange powders, drank potions, fasted. When we died, our fever modulated into the key of sulfur.


The carnival of apocatastasis rolls into the galaxy not an eon too soon, setting up its canopy over the abyss so the sun can go out dancing.

The vortex on the pond where the water strider had been was the sign not of the something that took it but of the nothing that did not.


One moment in the steely galaxy a falcon gyred, then stalled in his striding on a ripple in the locus: then a spray of neutrinos: then void.
Posted by T.R. Hummer at 10:59 PM No comments: 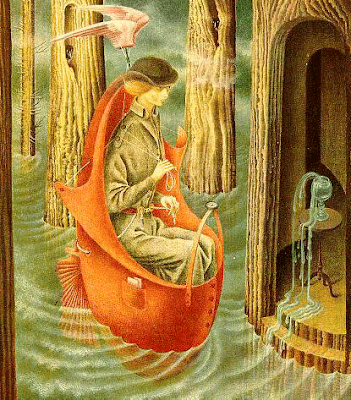 
Oblivion negates the poem; a readership atomizes it, absorbs it, excretes it, returns it in the form of a fine, pure cultural dust.


Culture composts its materials, reducing them to their constituent elements for reuse; poetry breaks down into pure crystal, diamond-dust.


Left to itself and to the living, the precipitates of poetry are inert, infertile, potentially destructive: abrasive, clogging, ossifying.


Culturally, the relationship between poem and a readership is transactional, bipolar; gift economy requires a triangle. What is the 3rd term?


Part of the soul of the poem belongs irretrievably to and with the dead, who supply part of its necessary material and enforce its closure.


The dead occupy a third abyss: not of oblivion or atomization but memory; as long as we are, they are: of necessity and not supernaturally.


Collectively our memory is our DNA; it eats individuals; it atomizes them, obliviates them, uses them. Death is not in hell but in the cell.


Everything in culture is biological, belongs to the body and likewise to the body politic; the dead form the third point to which all tends.


The dead are the precipitates of the living; they live on in us collectively; the poem is yours and mine, but Poetry belongs to the dead.
Posted by T.R. Hummer at 8:13 PM 2 comments: 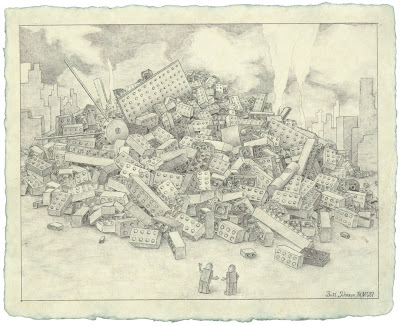 On a shelf above the Ark, where a cherub, deploying tamed cyclones, supervised the dusting, God set his beloved collection of shrunken heads.


What he had constructed contained all the necessary elements for levitation, but his ascension was thwarted by an opaque cloud of words.


He might have slept, but the thump of blades on wood startled him, and the muffled screams ahead, and the fighting not to lose his place in line.


She was reading a book on the bus: soldiers, betrayals, executions; it absorbed her as the bullet smashed the window just before her stop.


All she found was vital, anything en masse a collection. After years, from the weight of the massed material (string, paper, dust), the house mutated.

They wrote a wall in the forest; ages they raised it, letter by letter, and in the end they stood behind it, but the enemy was illiterate.


The slaves brought stones from a quarry; they were made to shape them, pile them up, and ascend, blindfold, the stairway of their own sweat.


Moonlight through the harp cast a shadow of the angel gathering poems from the desktop, sucking their souls through to Poetry.
Posted by T.R. Hummer at 8:23 PM No comments: