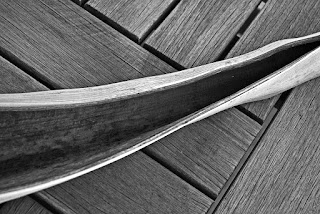 photo by T.R. Hummer
9/10/10
Within a few days the desert light has re-clarified itself, sloughing off storm fronts and their aftermath. What was once empty and had become full has emptied itself again. How many times in the course of a life can a consciousness rise out of its own ashes?
*
The emissary sits in the shade of a vast Chilean wine palm brought at unmentionable expense from a distant continent to grace the Emperor’s arboretum. He recognizes the tree from his studies, which were undertaken over decades to equip him for his journey to the Emperor, and consisted of all possible knowledge about the route to the Emperor’s palace, about the Emperor himself—insofar as knowledge about the Emperor is allowed—and about the Palace and its grounds, including the name and history of the tree in question. As he recognizes the tree, the knowledge leaves him. He has no further use for it.
*
Life increasingly becomes attenuated—as if the passage of time (whatever time is) through a human psyche had a caustic effect, scrubbing impurities away. Logically, the opposite would appear more likely—that one would begin life “clean” and accumulate clogs in the psychic plumbing. But the discipline of farewell enters here: the knowledge of one’s own fragmentary incompleteness presses toward the desire to live invisibly, humbly, quietly, on one’s knees in respect to the mystery that is about to swallow one up.
*
A man, a woman, in the middle of life, in the middle of a relationship mellowed or decayed by time, in the middle of a fissioning universe. Precision of the atom. The poisonous glow of the lyric.
*
Sometime in the mid-1980s, I heard the poet Stanley Kunitz begin a public reading with the phrase “I will now read a poem I wrote fifty years ago.” At the time I was in my mid-thirties, and was stunned by the presence of such longevity. It was not that Kunitz was so old, but that he had written poems consistently and devotedly for so long: it was the continuity that amazed me. At sixty, I am still not old enough to begin a public reading of my own work with that phrase, but I do have poems I cannot remember having written. I recognize them as old friends, but where they came from is beyond me. Literally.
*
The emissary examines with great care all the objects he carried with him to sustain him on his journey. He wraps them in a piece of yellow silk and takes them out into the garden, where a beggar sits beside the gate. Without a word he hands the bundle to the beggar. These objects—all he owns in the world—were for the journey here; where he next goes, they will be of no use to him. But to the emissary’s surprise, the beggar speaks. “Everyone strives after the law,” he says, “so how is it that in these many years no one except me has requested entry?” For the first time in a very long time, the emissary smiles. “You’re from the tale by Kafka, are you not?” The beggar thinks a moment, and then nods. Bending down, the emissary kisses the beggar on the forehead. “Bless you, my opposite,” he says, “my brother.”
*
Everyone who contemplates the question of death is equalized in human ignorance. No one is privileged here, not even those who have had what we call “near death experiences,” since nothing objective can be established from such accounts. Though there are virtuoso practitioners of death, we have no geniuses in the epistemology or phenomenology, or—if it is not too paradoxical a category—the ontology of death. And so? The meditation devolves at once to the crucial forking of possibilities: 1. when we die we are gone; or, 2. when we die we go on going.
*
E.M. Cioran writes that “the only corpse from which we can gain some advantage is the one preparing itself within us.” My father, no student of Cioran, understood this. I conclude, in the absence of direct influence either way, that my father and Cioran had the same teacher.
*
When I go out to visit the mailbox, I notice, without surprise, that the palm fronds are gone. The bulk collection has left nothing but clean gravel where the bundles lay. They have passed from the circle of my perception without a trace. They were expressions of something, quite literally: of the tree, of nature, of the universe, call it what you like. They were expressions, in the strictest sense of the word, of Being, a pressing outward. As such, they were my siblings and, for a time, my teachers. I honor the space they once occupied. The spot on the bench where the emissary sat in the garden of the Emperor is empty also. Perhaps he has simply gone inside. Perhaps, while we looked the other way, the Emperor came to him and dismissed him. Either way, he is on his way. Going in or coming out, he meets himself and only himself. This is not solipsism. It is an admission that whatever it is of which he is an expression can express only itself.
Posted by T.R. Hummer at 3:02 PM